I had this urge to join a conversation, but it turned out the thread was old, and I didn’t want to bump its obsolete main topic. Therefore, I try this unconventional approach instead:

How long this forum has been opened and YET NO FAQ !?

The FAQ is here: https://threejs.org/docs/index.html#manual/en/introduction/FAQ BTW: Please don’t write words in bold letters. That actually means you are shouting at people…

A paragraph or complete sentence in all caps is “shouting”. A few words in caps is “emphasizing”.

please don’t moderate posts if they are partially all caps. Although, maybe just bold/italic is enough. Either way this might be a good thing to put in the faq.

Nobody is moderating posts for having caps, so long as the conversation remains civil. Civility is a point that already gets lots of attention in the FAQ. I see nothing wrong with politely asking people to bring it down a notch sometimes.

I am sensitive to all caps too. I read them to myself (in my head) as shouting, and it kind of hurts mentally, similarly to how real shouting would. When applied to a shorter segment, it becomes abrupt shouting, which in a way is actually even worse than when applied to the whole paragraph. Again, that is how I read them.

) The example was “low-stake” and apparently had nearly no risk of becoming a conflict. That will not always be the case, though.

Mismatch between intention and interpretation can occur over any communication channel, but I think an informal technical web forum with many nationalities represented can be particularly vulnerable.

The quotes also contain another example, which is an apparent ambiguity regarding what constitutes moderation, with moderator @Mugen87 “confessing” to have moderated merely by providing what looked like friendly advice. I can imagine two reasons why: 1. Because the advice was actually intended as a (mild) warning. 2. Because it could be perceived as such. In my opinion, both would be valid reasons for @Mugen87 to consider the advice as moderation.

Common understanding enables fruitful discussion, and is a common responsibility. I encourage everyone to always (everywhere) strive for clarity and tolerance. Remember that the appearance of hostility may stem from a misunderstanding. Try to interpret an incoming message in a way that favors the sender.

The same principles are relevant for moderation practices. For example, deleting an offending post/comment, rather than suspending/hiding it, can easily be (mis)interpreted as hostility, possibly fueled by loss of produced content, or by lack of clear and benevolent communication.

(I do not pretend to be a perfect practitioner of the principles I put forth, but it is a goal.)

Isn’t it a bit random to pick up a year old topic that already passed?

I mean it’s not been a big deal that’s worth an extra topic, that scenario only happened that one time.

Sorry but to me using bold caps followed by ?!

Asides of the intention in the context this is the most obvious indicator that it’s not just emphasizing, caps are mostly used in a negative way in common sense (especially as ending) if you got the power of bold and in this context. While bold is the more “civil” decent option if you really need to highlight that in a 1 liner.

But it doesn’t really matter, if something could (if obvious or not) be interpreted negatively that’s something anyone should avoid rather than expecting the listener/reader to not interpret anything negatively, it’s not like this even happens on a daily basis, we’re not writing BASIC rather camel case at most, i still do that for constants sue me.

I’m not sure what is going on here. My impression is that with @Mugen87 one has to be extra careful with what they write. And like I’ve said there, rather than looking at a crystal ball, there could be a page instead.

Perhaps instead of calling it “FAQ” it could be called “things that Mugen likes and dislikes” and everyone could abide by those. I really don’t care about the semantics, but it should be made more transparent.

Why You Shouldn't Write in All Caps

Writing in all caps is the written equivalent of shouting, which is (generally) considered rude. So, think twice before pressing Caps Lock. 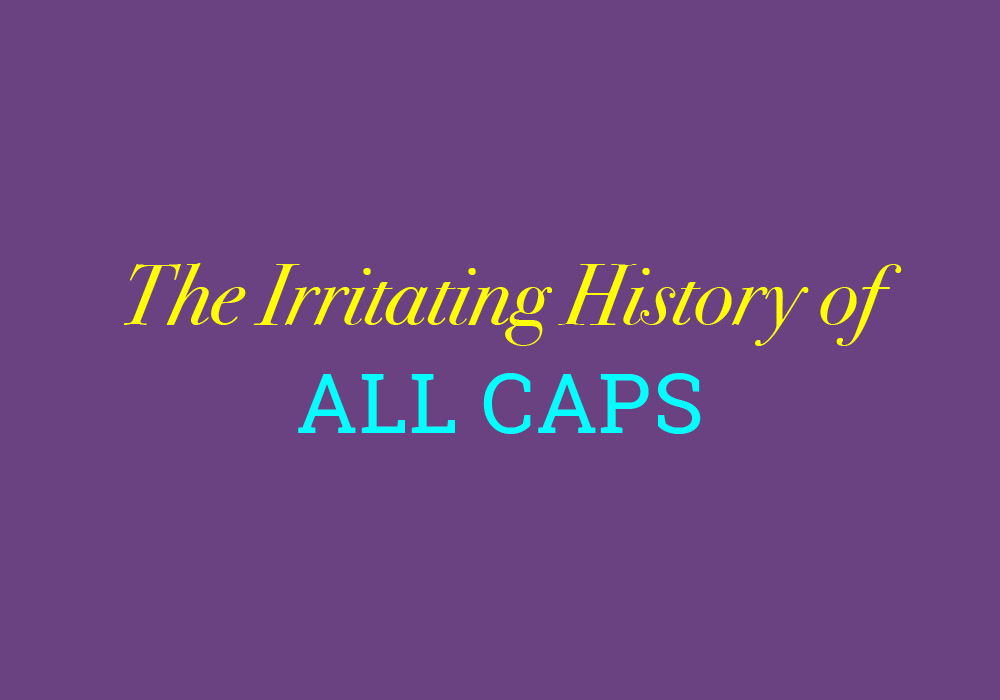 Is It Ever Ok To Write In All Caps? | Thesaurus.com

How did THIS become code for shouting in the first place? Should we decapitate caps altogether, or is there a time and place to use all caps in our writing?

The topic is labeled under “site feedback”, but what’s the feedback? I don’t understand what the request is here, or what the purpose of bringing up this conversation from 1 year ago is. Has it been happening a lot lately?

I’m sorry I didn’t realize this was a thread, I thought I was looking at a private message. I was just elaborating on the quoted post. I’m not even sure if there is a FAQ or not. At the time of that thread, that was my feedback, it seemed that not everyone was on the same page regarding a thing. Writing about the thing, may help facilitate that, regardless of what the thing is.

The resource linked here is pretty good. While it may be overkill, it’s an example of what could be listed in a FAQ (if it’s not already). Although a simple “please don’t shout (all caps)” would also do

Isn’t it a bit random to pick up a year old topic that already passed?

The topic is labeled under “site feedback”, but what’s the feedback? I don’t understand what the request is here, or what the purpose of bringing up this conversation from 1 year ago is. Has it been happening a lot lately?

Random is my middle name… No, seriously, the post is not primarily about that old discussion. It served two harmless examples of “conflicting” understanding that I would rather use than digging up actual conflicts. The main points of my post densen toward the end. It may not be the most elegantly crafted post, though?

But it doesn’t really matter, if something could (if obvious or not) be interpreted negatively that’s something anyone should avoid rather than expecting the listener/reader to not interpret anything negatively

I would say both are important! Communication has at least one sender and one recipient. Misunderstandings cannot categorically be blamed on one part.

Trying to avoid the worst ambiguity is good, but weeding out all ambiguity can be very difficult, particularly when there is, or can be perceived to be, communication happening between the lines. (Have you never come across someone who seemingly wants to misunderstand or misrepresent you? Depends on personality, emotions, relations, roles, trust etc…)