I’d like to share a water shader that might be useful when rendering scenes with NPR-techniques. The great thing about this code is the ability to detect obstacles in the water and then render a nice foam around them. I’ve seen this effect in Unity some time ago and I though it would be useful to have this in three.js.

The shader should work with perspective and orthographic cameras, it supports output encoding, inline tonemapping and fog and is much faster than the (more realistic) water shaders of the official repo.

I get that that’s extra processing in general, so maybe not suitable for everyone.

Really like it! Feel there are many more uses for it other than just water, after tweaking your settings a bit I could see it being useful for other effects like heat waves coming off of an object.

This is really nice, but I don’t think your initial settings do it justice. This looks much more like water to me.

Of course it’s a matter of taste. I’ve just implemented the style of the Untiy showcase where the foam is white and only visible at the intersection points:

Also a nice reference for water in cel shading:

Updated the water effect with the waterfall from the article:

The particle effect on the waterfall’s bottom and a bloom pass are still missing.

Next level achieved! The waterfall has now a nice particle effect based on THREE.InstancedMesh and MeshBasicMaterial enhanced with a simple dissolve shader.

Um, a generic particle system based on THREE.InstancedMesh could be usable for much more interesting effects

Will definitely try it out with a bloom pass when I have some time.

Um, a generic particle system based on THREE.InstancedMesh could be usable for much more interesting effects

Arent sprite billboards way more popular as particles? I feel like most p systems make great uses of alpha textures.
It obviously depends on the case, but what do you think? What are the adventages of using THREE.InstancedMesh for particles? Or rather which effects would be better suited for it, instead of billboards?

What are the adventages of using THREE.InstancedMesh for particles?

The waterfall’s particle system uses spheres (THREE.SphereBufferGeometry) for its foam. So a geometry rendered with gl.TRIANGLES instead of gl.POINTS. You can’t achieve the same volumetric effect with a 2D primitive. Check out the volumetric particles here: 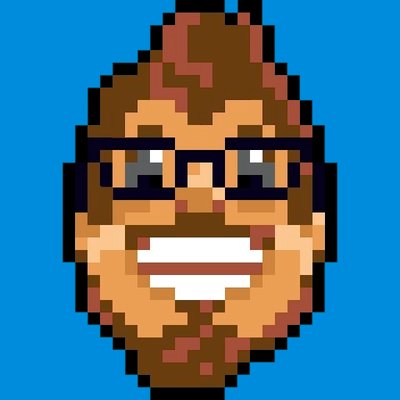 Cutout transition controlled by a noise texture + vertex color alpha input as control value + different passes for back and front faces, so the back ones are bit darker = pretty cool volumetric toon particles #unity3d https://t.co/Kw4HxydY8R

It would be obviously bad to render each particle with a single draw call. That’s not an issue when rendering points but when rendering meshes. Using instanced rendering solves this issue.

I guess the 3D shape is the obvious point (pun unintended

). I was just trying to come up with different uses for gl.TRIANGLES type particles and Im failing miserably

but I’ll make sure to check it out later. I’ll try to look up some more volumetric effects as well.
Thanks for the resources!

Wow this is progressing! Looks awesome!