Strange behavior with texture when extending MeshStandardMaterial as a ShaderMaterial

I wanted to extend the MeshStandardMaterial with my own code and used this:

as an example on how to do that. There, MeshPhongMaterial is adapted.

First the texture just didn’t appear at all on the adapted material so in order to test if the texture is loaded at all, I created a minimal example with a custom ShaderMaterial and displayed it in the scene as well, there it works.
Then I tested if it works with the spread syntax and surprisingly it did.
I then tested if I get a usual complaint in the console if I don’t define myTex in the uniforms at all but weirdly, it becomes myOtherTex from the minimal ShaderMaterial instead.

Now I can just work with the spread syntax but it would still be good to know what’s going on here.

Examples can be seen here: 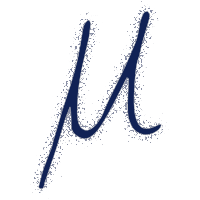 demo of a weird texturing quirk in three.js. Contribute to mqnc/threejs_custom_shader_texture_issue development by creating an account on GitHub.

There is actually a couple things to consider when trying to use a ShaderMaterial as built-in material in disguise basically. I made a plugin for this to handle it more easy, it also adds more very useful features such as clean patching, sharing uniforms and creating derivative materials with previous applied patches, sharing lights uniforms globally etc:

This is a little helper function to create a THREE.ShaderMaterial extending a standard material. The second parameter is optional. Instead the constructor of a standard material, you can also pass a instance of a shader material and extend it the same way. Usage To extend materials: THREE.extendMaterial( constructor|material|shaderMaterial [, options]) For patching in onBeforeCompile: THREE.patchShader( object [, options]) const myMaterial = THREE.extendMaterial(THREE.MeshPhongMaterial, …

Especially maps THREE needs in order to setup the right constants, which if you do it hardcoded will often conflict.

You’re assigning the libraries uniforms without cloning them. The entire set of uniforms isn’t even required though, the plugin also will only use which you define or set as null, and will add any necessary that require default values.

demo of a weird texturing quirk in three.js. Contribute to mqnc/threejs_custom_shader_texture_issue development by creating an account on GitHub.

So what I am doing now is ditch that approach altogether and just work with onBeforeRender.

This isn’t done for ShaderMaterial as it should be avoided creating hidden classes by adding properties that don’t exist on it.

I’ll also update the repo as i made a fix for cloning CustomMaterial for those cases.

Ah no. Should have asked before all this debugging…
But now that it’s working with onBeforeCompile, I’d rather use that so I can keep the number of dependencies small.
But tbh a usable way to extend the built-in materials should at least be provided in the examples… Did you ask if they want to include your lib there?