Unfamiliar with Three.js, curious how to create this effect

I was wondering if someone could explain to me the principles behind creating this 3D scroll-depth effect with clickable elements? 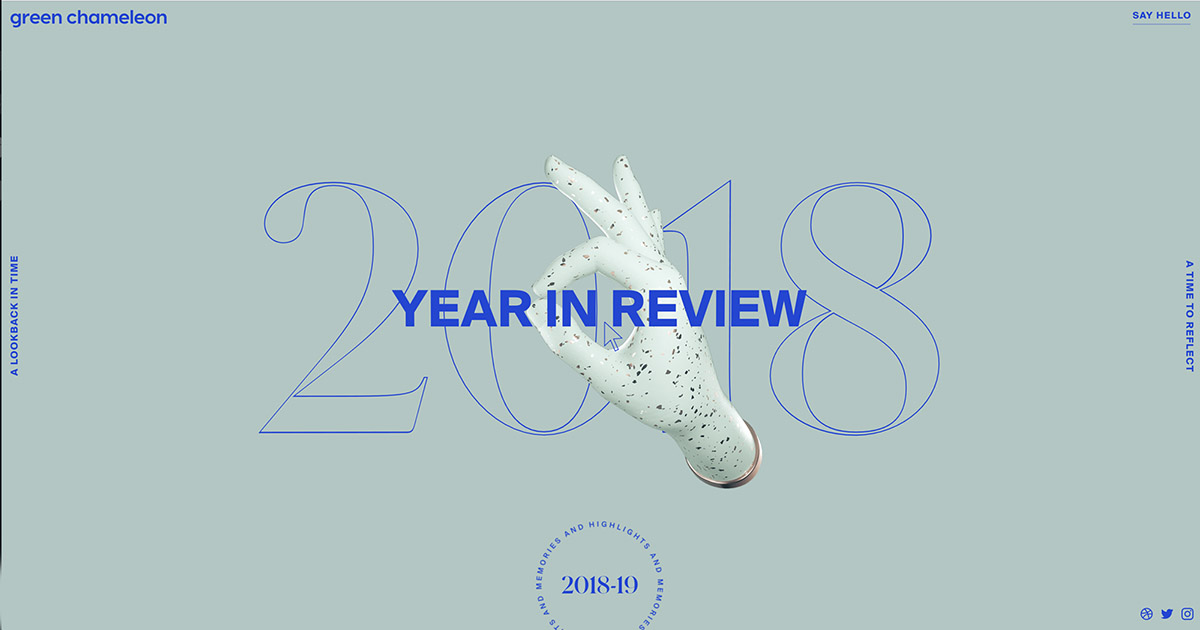 2018 - A Year In Review from Green Chameleon

With the hours, days and months flying by at lightning speed, we take a moment to dive into our 2018 time capsule and reflect on the year gone by.

Links to any code examples/documentation would be great!

The linked post also refers to the respective github repository. By studying the code, you should be able to figure out by yourself how the timeline works.

If you were to build a traditionally scrollable Group of objects in three you would manipulate the Group’s Y position based on the mousewheel event to make it go up and down. Change that to the Z axis instead and it’ll make the group move forwards and backwards on scroll. I then just changed the objects inside the group to be spaced apart based on the Z axis instead of the Y axis.

Great, thank you both!