I’ve got an issue with ThreeJS & IOS, I’ve made an animation similar to :
https://threejs.org/examples/#webgl_video_kinect
It uses gyroscope and I’ve made the authorization event.

It works on every devices except iOS and I’ve no idea why. Furthermore, I don’t have any iOS device to try things.

Does anyone have an idea of what’s going on ?

It works on every devices except iOS and I’ve no idea why. Furthermore, I don’t have any iOS device to try things.

I personally have the experience with iOS occasionally just not asking anymore if you didn’t accepted the first time/canceled the prompt one or the other way, i assume it’s denying authorization? It can be also a global setting that prevents the prompt and defaults in rejecting like for GPS.

So I finally bought an iPad for my tests and gosh it hurts my feelings.

Anyway, I’ve managed to make my animation appear and the device motion to work on IOS. Yet I still have one last problem :

It’s kind of hard to explain but what happens is when I scroll down to the video of the animation, the animation doesn’t appear right away. It feels like there’s a lag or delay making it pop 70/80 VHish under. Then, after few seconds, it comes back to where it’s supposed to be in first place. Also If the viewport is outside of the video for too long, it scrolls right away to the top of the page. I thinks this one bug is related to the other.

Same bug on either Safari, Chrome, Firefox or Brave.

At first I wondered if it wasn’t my low end 9th gen iPad which was struggling, but it also does it on iPhone 13 pro.

A video worth thousand words : 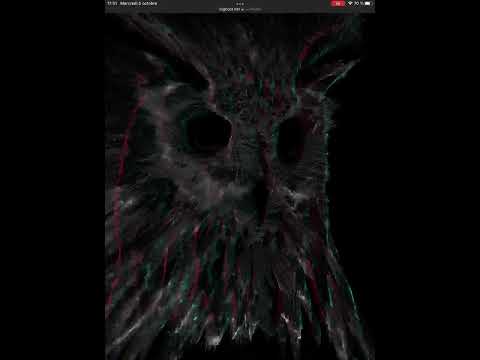