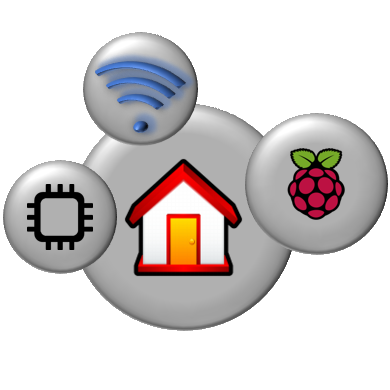 interactive, 3d, video game like, overview and control of your home from a web app - HomeSmartMesh/smart_home_3d_webapp


I would like help to share it as I feel many like me would be looking for such examples before starting such projects.
A short description

See your 3d rooms model real time colored with your temperature sensor, click on the 3d light bulb model to switch the real light on, see the light switched on in the 3d model as well, see if windows are open by seeing an actual 3d window model open or closed,…
While Video Games have reached incredible realism, Smart Home applications still struggle with 2D apps. Each IoT device suggest its own isolated app.
This project’s idea is very modest, it does not provide the best 3d web app for home automation, rather collects different pieces of frameworks enabling each of us to customize his 3d interactions with his own devices.
The main idea is to model items in blender (or use existing ones provided here) that have animations mapped to properties names. Thanks the the .glTF export and import in three.js, those items become interactive through mouse clicks and gets their properties updated from external events such as connections to mqtt and hue gateway.

Light Control
This 3d web app is connected to the real bulb that dims in sync with the 3d one.

All config is done directly from Blender before the GLTF export

Temperature Sensors on floor color
See how warm is each room or if the heating is on or off, full house status in one view, no numbers just colors.

In a recent version, I added an outline effect to improve usability, as the user would know which elements are actually interactive, for example the devices that are out of reach would not appear as the active ones

This webapp had a Hackaday citation 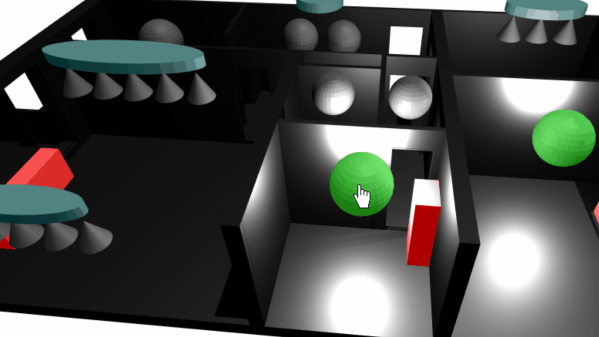 With an ever-growing range of smart-home products available, all with their own hubs, protocols, and APIs, we see a lot of DIY projects (and commercial offerings too) which aim to provide a “…

For more details about how this work, I created another post that links to simple isolated examples

Hi all, I would like to introduce this project that has some 12 isolated examples that gradually introduce interactivity concepts. Hard coding parameter update rules in js is easy but have to be done for every object. My goal was to have imported 3d objects interactive out-of-the-box. GLTF is a standard that helped with great extent, here a complement using Custom parameters. [prop_simple] Above is the concept summarized in one diagram. A 3d object can have any sort of animation not only geom…