Hi, is there any way to show shader effect behind transparent mesh? I am not familiar with vertexShader and fragmentShader.
Here is my sample codepen link:
ripple_shader

Hi!
Instead of having a separated mesh with the ripple effect on transparent material, I would go with modification of material of the blue mesh, adding that effect there (using .onBeforeCompile()). But it depends on your goal.

Thank you very much for your reply. But i just don’t how to edit

I only have a basic understanding of shaders and find very limited resources about this function. If it does not bother you, can you offer me some advice?

Have a look at this SO answer: 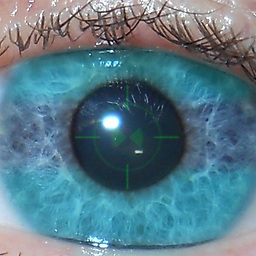 How to project a texture/shape to specific part of a mesh in Three.js?

There you’ll find an example of how to modify MeshLambertMaterial to have that moving circle.

The example @prisoner849 is also in the Collection of examples from discourse.threejs.org

Sorry, I tried your method, but the result is the same as the original.
codepen
I think [ transparent ] is the key. After adding [ transparent: true ] into material, ripple effect can show behind mesh.

Is there any other way to set the background transparency to 0 ?

I don’t know the goal, so using the approach, mentioned be me, is a wrong way.
But if you want to have kind of transparent area with transparent: false, then use discard.
And the part of replacing will be something like this:

In this case edges of the circle will be aliased.

Sorry for not making the goal clear. Your solution is simple and works well. Thank you so much for such a quick reply !