In the image below, the same video texture is being displayed twice. On the left plane, the video replaced another texture (and is too bright). On the right, the video was displayed first, and is the correct brightness. 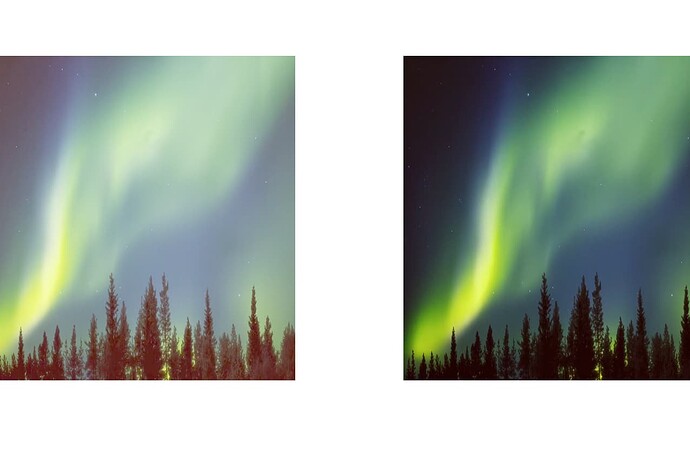 Note this is related to R3F, using screen fill and replace by videoTexture but I am ideally looking to continue using the same material but with a new texture.

By all appearances, what is missing here is the correct color space (.encoding) on the video texture. But I’ve tried a few variations of texture.encoding = sRGBEncoding and it doesn’t seem to be having the expected effect… possibly the material needs to recompile (material.needsUpdate = true) when the texture is changed. But I’m not sure how to express that in R3F syntax…

Thank you for the reply! In my less-minimal test example which I’m using locally, encoding is correctly set and the issue remains. Does anyone have a sense for how to force a re-compilation in r3f?

Worth noting that my minimal vanilla threejs example works correctly as seen here: 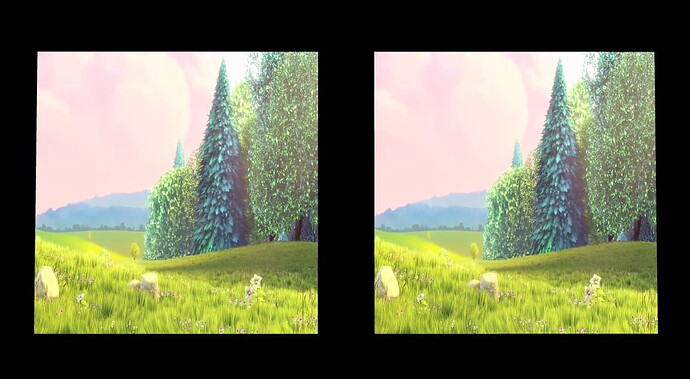 @donmccurdy setting material.needsUpdate = true; after replacing the texture did the trick. In react, I used the useEffect hook to recompile the material after every texture replacement:

If anyone has a more elegant solution, please let me know.

useEffect is OK, but prefer useLayoutEffect to avoid FOUC, uE will fire after render, uLE will fire before. you also don’t need if (materialRef.current) { materialRef cannot be null.

the shortest effect notation would be

Is there a reason materials in @react-three/fiber aren’t automatically set to recompile after an update?

It’s not always necessary (e.g. changing .color or .roughness) and will be expensive to do if you don’t need it. Replacing a texture does not in general require a recompile either. I’m not sure if this is specific to swapping Texture vs. VideoTexture, or some change in the encoding behavior, I may not understand how that works with video sources.

it doesn’t change what threejs is or how it works. this was deliberate because we don’t want to be an engine, just a different way to express three. technically fiber doesn’t know what three is, it doesn’t even have a dependency on it, you have to provide it. that’s what allows it to be somewhat independent, there is no maintenance effort. if three now needs an update for something, you’ll have to provide it just like in vanilla.

an exception to this is when you abstract your own component. for instance most if not all the components in drei take care of such things.