What's the difference between a Light Map and a Baked Image Texture with lighting information?

But there’s also a lightMap: 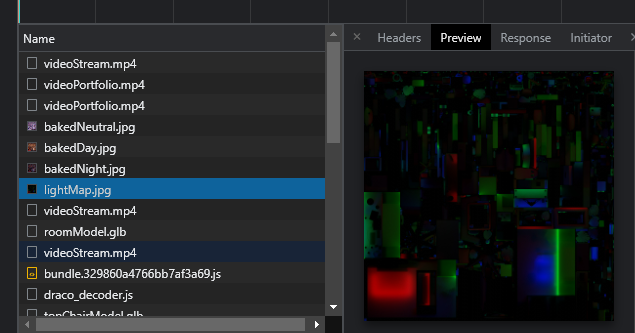 But if I go to this site https://persepolis.getty.edu/
Their lightmap looks like a baked texture with lighting information:

These aren’t the same, although it’s likely the terms are sometimes used confusingly or incorrectly.

A lightmap adds light to a material that might have other sources of light in addition. It is not uncommon to use a lightmap on a PBR (physically-based rendering) material like MeshStandardMaterial, which has many other properties like metalness, roughness, occlusion, and emissive, all of which contribute to the final appearance and reflection of light.

A baked color texture usually refers to baking the complete lighting calculations down to a texture — factoring in any of the above PBR properties above at baking time. Once that is done, it’s no longer correct to attach the texture to a PBR material. Such a texture is best used with something like MeshBasicMaterial, so that it is not further affected by light.