Performance difference between 106 and latest?

I have a project https://quakeviz.app that runs on these npm packages…

I am making this project repo public on my github as a little front end project to show React.js, Three.js, Server Side Rendering of Three.js Objects, and some basic Node.js and FlatDB work.

It works but on some peoples computers they have some performance issues when using the orbit controls just a little laggy is all. Do the latest packages offer any overall generalized performance improvements?

It’s odd that orbit controls should cause any performance issues. If you measure the framerate (e.g. with stats.js) does it change when OrbitControls is being used? You might need to measure why the scene is slow to get an answer on this, but usually three.js itself is not the bottleneck so much as the number of draw calls, or scene- or device-specific issues.

Aside, we recommend using OrbitControls (and any other part of three.js itself) directly from the three package, like:

That tends to avoid certain version mismatch issues, but might not affect performance directly.

Yeah that’s a good call… I hadn’t taken a look to see what was deep in the three package. I will definitely check that out at some point.

So far it’s a refactor from 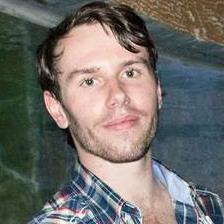 Contribute to mpaccione/usgs-viz-2016 development by creating an account on GitHub.