Hi! I have almost finished my second game called GoKart New Mexico.
The game is fun since you use your cell phone as a steering wheel while watching driving on your computer (laptop).
The game is available here


but you might want to watch instructions video first. 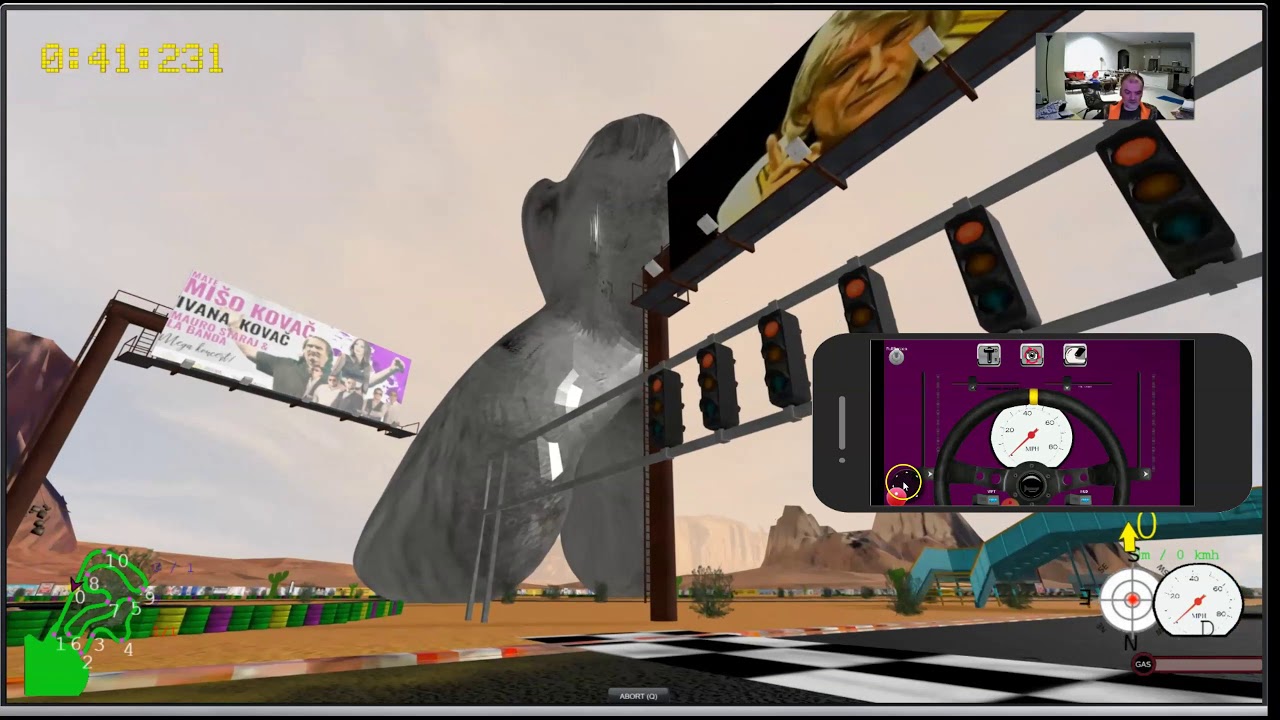 The game is based on three.js and phaser3.js as well as on matter.js for physics which runs on webworker for performance. Communication between is done using peer.js so that it is impossible to notice lag between cell phone input and game response.
The game is multiplayer - either as split screen (up to 4 players on a single screen) or connecting more master computers.
Also, there are some interesting easter eggs in the game.

I would really like some feedback before finalizing the game.