Three How to Free Memory Fast by dispose Removing Model

stl models are constantly added and deleted in three projects and cached are released in a dispose way, deleting models

My project is running on a 2 G memory pad, and now I want to solve the problem

There are good solutions to provide really thank you very much. 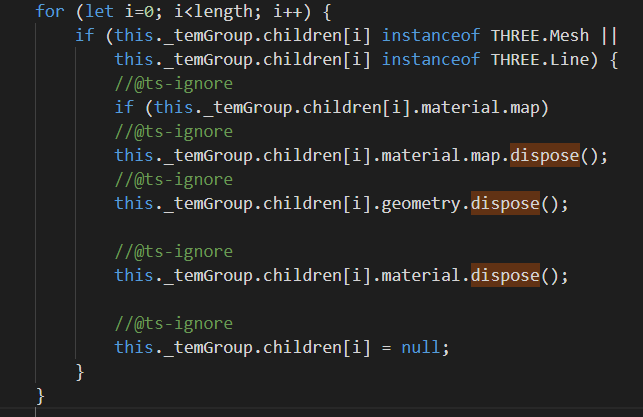 This is the code I process the model, it works, but the browser memory is released slowly,

It takes 2-3 minutes to go down. What’s the best way to speed up the release of browser memory,

i am using (chorme) development now, hope to get more solutions, thanks.

@gaojunxiao it looks like your for loop is incromenting through every object of the scene before and as it finds any instance of mesh so the for loop is slowing the process down as its running over unnessisary items in the scene, if your scene has a lot of objects this will undoubtedly take a lot more time to do one by one for each “I” the code I have suggested in previous reply disposes memory next to instantaneously and is pretty easy to implement if you want to try that?