This is a texture class which allows to use multi-frame images such as GIF or APNG.

Other than most plain GIF players it doesn’t decode every pixel per frame on the fly, or uses putImageData (for larger GIFs this is too expensive), instead if no images provided, the decoded frame buffers will be converted to compressed images.

As GIF and other animated image formats get optimized not every frame is necessarily a full frame, most might only contain changing regions and pixels, so a frame needs to be composed across multiple frames. It also ensures the animation is rendered on a PO2 composition canvas.

This isn’t a GIF decoder, the example uses gifuct-js to decode a gif, you can use any multi-frame format as well as custom frames. A GIF and APNG loader example is included. The structure for the container object which holds the frames is the following.

In you render loop, you need to call texture.update( deltaTime ), or you control which frame is rendered yourself by calling texture.compose( frameIndex ). 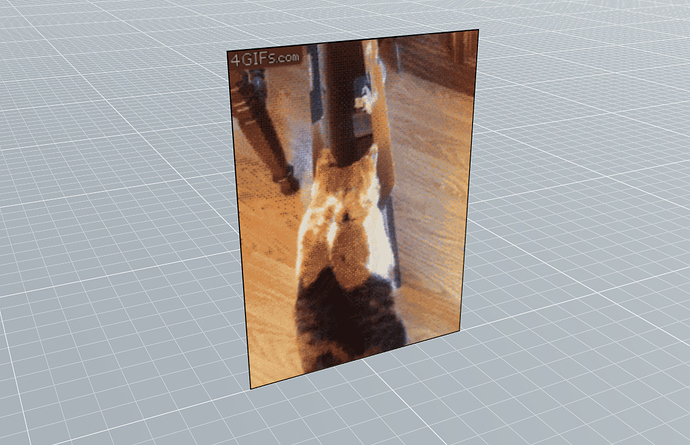 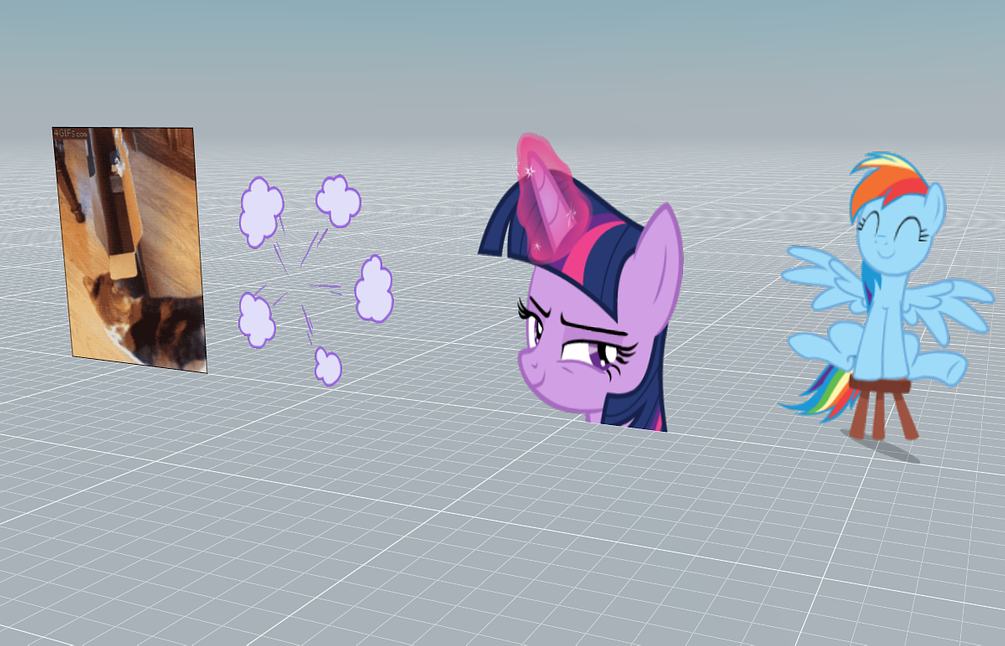 Texture class to use and play multi-frame formats such as GIF or APNG optimized for THREE.

Pretty cool !
Did you notice what happens when you switch of browser’s tab for some time and come back later ? Seems that play speed get accelerated somehow.

That’s probably the delta from THREE.Clock in the demo, animation frame callbacks get paused or throttled in inactive tabs, especially without audio. I’ll check tomorrow

I’ve made an update now to prevent this, before i considered the overshoot with delta, THREE.Clock doesn’t take into account that requestAnimationFrame is throttled or paused and will give a huge number when running normally again.

Edit: You can also call now THREE.ComposedTexture.update( delta ) in order to automatically handle playback of all composed textures, if you want to handle it yourself you can set auto to false in the container object.

Changed the example, it has a GIF and APNG loader example included now. 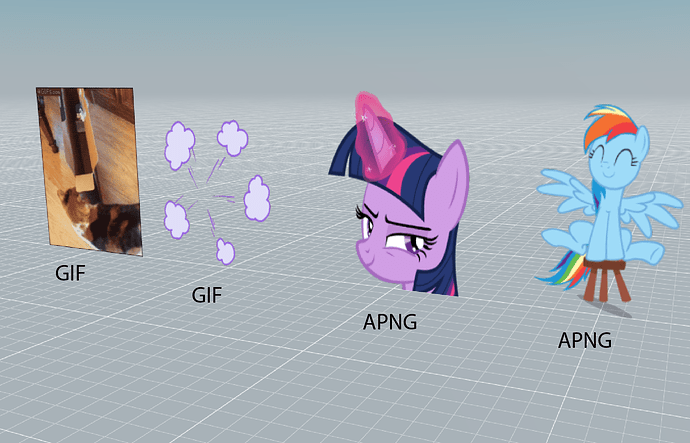 Just what I need

However, the demo (and the download received after paying at gumroad) fails with a
Cannot set property 'value' of undefined at ComposedTexture.html:46
error. Help?

Sorry for the trouble, as mentioned in the PM the issue was related to the updated skybox plugin used for the demo, i fixed the line and sent out the updated files.

Thank you very much for the support

Very excited to use this, however I think it’s out of date now… I keep getting

Just integrated this into my project and it’s working for me.

Are you sure you’re instantiating with new THREE.ComposedTexture?

Thank you for reporting this. This is exactly why i’m not a fan of the ES6 classes change they applied now, while they technically don’t offer more but adding syntactical sugar, they restrict compatibility with the regular approach.

It works fine till THREE 126 but since 127 CanvasTexture is wrapped into ES6 class syntax, where constructor.call isn’t allowed anymore.

I will look into if this can be fixed without making 2 versions now, in order to stay compatible with older versions, once i updated it you will receive a mail, sorry for the trouble.

I fixed it and you should have received a email with the update, it works now with older versions as well as newer with ES6 syntax.

It didn’t require 2 separate files/implementations, just a patch override for releases later than 126.

Great thank you! Will try now. Just a quick note – I downloaded directly from the email and i still the line in question

Yes the patch below turns it into a ES6 class so it won’t be an issue, the regular constructor is for older versions.

I think this is the upng package: @syncfusion/ej2-angular-calendars - npm

For GIF i’m not sure if it is the same but it should do the exact same, as you see in the example any format can be used as long as they serve frames, also if they’re just partial frames as GIF and UPNG can have.

I just bought this class from gumroad. It looks amazing, but for a noob there is really a lack of information.

What is a container object? What are these frames? How can I load a simple .gif into a three-js Sprite or PlaneGeometry? that’s what I want to accomplish.

Thank you for your support, the description of what a container and frames are is in the first post, they are just the simple universal object to feed the ComposedTexture since this plugin is not bound to a specific decoder and can be used with any.

The included example shows how to use it with a GIF and APNG decoder.

I am really new to Three.js. Could someone explain to me how to import this to my project?
Do i have to place it in a specific folder and then try to write my code?

Thank you in advance.

Yes, and welcome to the community

place it in your projects folder and include it like any other script, just like the example index.html does. However if your project uses a bundler it needs to be imported the way the specific bundler works.