We are using version r128 of three.js.
In recent days, we’ve noticed that only on a few select devices some of the textures (it seems to happen only on multi-material objects) get distorted and pixelated when viewed from afar. When getting close to the object, the textures seem to be fine. Please see the photos (from a modified version of the three.js editor) and a video (from our app) that illustrate the problem.

So far this seems to only happen in Chrome -on Firefox the issue does not occur. I know that Chrome released an update lately (106.0.5249.119). Any chance they introduced a bug to the WebGL system on select GPUs or something like that?

Any help will be appreciated

Update: The only part of the editor that we modified and can affect this (at least to my understanding), is that the renderer uses logarithmic depth buffer. Our application uses it as well. But that’s not something that changed recently.
.

This looks very weird, yeah… are you able to tell if this still happens on a newer, unmodified version of three.js?

I have limited access to a device where this happens, so currently no. But to be clear, we are not using a modified version of three.js, we use r128 as it is officially.

Ok, sorry I don’t think I have much to offer here. Any device-specific issues reported to three.js around that time could be found under the “browser issue” tag.

Beyond that I think you may need to narrow down any details about affected vs. unaffected devices and report a bug.

That’s really interesting. May be an issue with mipmapping, perhaps? Any chance you could recreate the issue on a simplified jsfiddle or codepen so others could take a look at it?

I have some new information regarding the problem. It increasingly seems to me that it’s a Chrome issue.

One of the devices where this happens has also shown the same behavior in this website with the pixelation happening in the non-3D element in this picture: 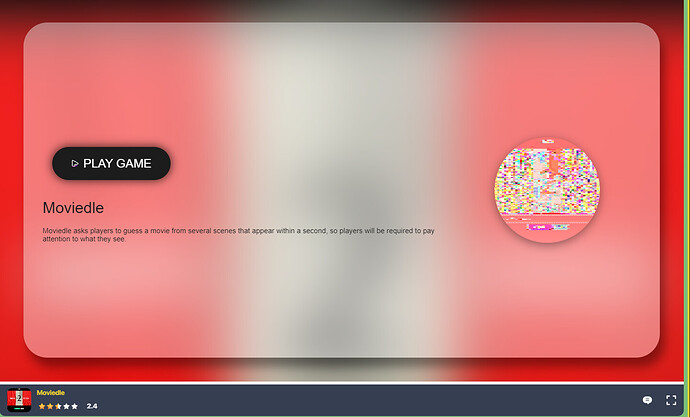 According to the notes here, Google has fixed in a recent version update a vulnerability in the graphics library Skia. Maybe it’s related to that.

I know of at least one other device where these bugs happen, but I have no information about their GPUs currently.

Another device had an Intel HD Graphics 520