I am looking for using Three for origami design and visualisation, and looking for general advice.

Basically given a square plane, you have to split it, then rotate parts of it. There are some caveats, the plane should be two sided, to prevent flickering coincident faces should have an offset, picking should select Points, Lines, Faces, animation should be multiples steps…

Geometry is not really a problem, on the other hand usability on a tablet is a challenge.
Without Three, and almost no interaction : https://remikoutcherawy.github.io/cocotte.html

Should I start with a single Object3D, or Group, or multiple Object3D or use Bones ?
Should I write my own shader ?
Any advice would be welcome, I am stuck on this choice, and didn’nt start coding.

Another related project, but not done in WebGL or Three.js

Background In the 1980s, I made the acquaintance of Jacobo (Jack) Fastag, a graduate student like myself who was interested in exploring the interactions between computers and origami. We both had hit upon the idea of exploring the ability to... 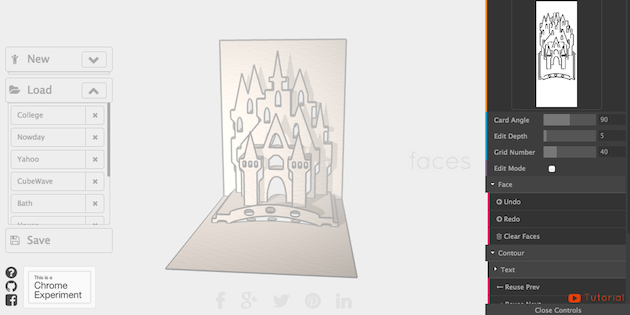 Demaine and Tachi are also working to implement the algorithm in a new version of Origamizer, the free software for generating origami crease patterns whose first version Tachi released in 2008.

Very interesting when talking about folds :