I have a Point Cloud which represents a human face. and I would like to workout the orientation of this human face and its position in the three world.

the position is easy to get with bounding box center.

but the orientation seems to be difficult, especially that those points are generated every request animation frame and no rotation from three js its self.

how could someone go about figuring out the orientation of the face in the world ? would that be through deriving a matrix ?

does it help that I can know the index of vectors at certain points like the tip of the nose ? the very top center index and the bottom, the very left and right indexes ? would this help generate an simple + shape to figure out orientation for ?

apologies i may have not used correct terms to describe things, i studied law in uni. 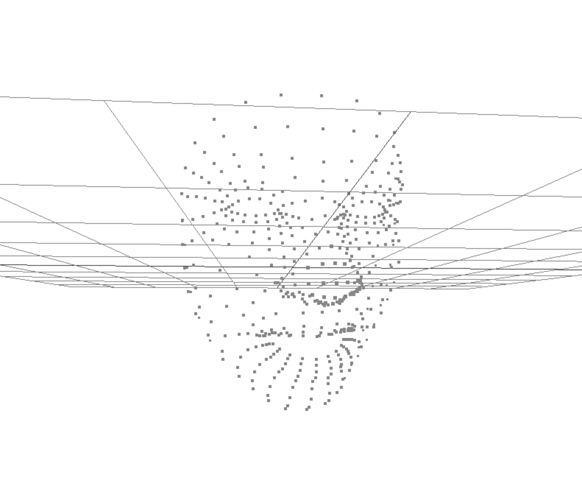 Would it be a good idea to do something like: generating a plane in the center of my point cloud that looks at the same direction, computing the normals of that plane which would give me the direction its looking at ?

Yes, I think so, too. But you’d have to assist in manually identifying 3 vertices/points which you consider suitable for defining this plane. I don’t see how this could be done algorithmically, for a point cloud that you know nothing about.