How can I make the bloom reflect? 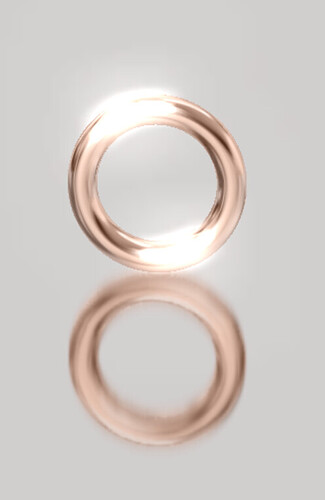 The mirrored one also appears rotated a few degrees on the vertical axis, it doesn’t seem like a reflection to me, or that’s an illusion due to the lack of the bloom effect.

I would probably try to make my own mirror effect - roughly:
a. place a duplicate with the same effect applied at the same distance from the mirror plane, but bellow the mirror plane,
b. move it to the camera origin, rotate it 180deg on the x camera axis, then move it back to its position, so that it appears inverted from the viewer’s point of view,
c. optionally add an extra effect pass eg blur, color shift, lower brightness etc to make it seem mirrored.
d. optionally add a transparent plane between the two and make it a little rough, or add another effect pass to that.