GLB File is not displayed completely

I have a problem in displaying a group of models saved as ONE glb-file.
In detail a robot arm on a desk with a toolboox on it.

The interesting part is that only parts which are animated (robot arm) are shown. The desk and toolbox are invisble.

Do you mind sharing the glTF asset in this topic?

I’ve imported the asset into the three.js editor and applied a HDR environment map. The result looks like so:

It seems all components of the model are visible. Or is something missing?

This looks completely fine. Does the animation of the robot work?

This is how it looks in my Three.js application

Does the animation of the robot work?

It seems you have to share your code since there is something wrong in your app.

Thanks a lot for your effort. Just updated the issue with my code.

I have similar example please ask if you have a question 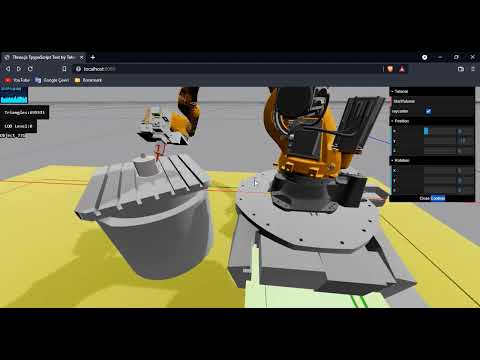