Convenient THREE.Vector3 caculation? And without modify itself?

I feel THREE.Vector3 calculation is very very hard to use, because most of the calculations will change itself. I have to keep new copy clone, or define global Vector3s at the beginning of the code.
This setting of changing its own value should be for performance considerations? But is there a solution that is both easy to use and has high performance?
It is best to use the one that is close to the glsl experience.

But is there a solution that is both easy to use and has high performance?

Can you give an example in which you’d have to use .clone() more than once

? Only the initial vector in the calculation chain is mutated - methods, afair, don’t modify argument vectors.

Nevertheless, even if only need to clone once, this setting of changing its own value is very unfavorable for logical thinking. I hope there is a way to make the calculation manner of Vector3 in js more like in glsl.

I agree mutability is usually unwanted - on the other hand, changing it would require the entire API to be modified (matrices, quaternions, objects - pretty much everything in three works thanks to mutations.)

Also 100k issues would appear overnight on GH if it would be changed. :’)

Yes, we definitely cannot change the existing interface, so many classes using this manner as you metioned.
For Vector3, I tried to define function like function vec3(x,y,z){ return new THREE.Vector3(x,y,z) }, but it’s obviously a very poor performance practice. And because we cannot overload operators such as + - * /, it’s still very hard to use.
I have also tried to find other js math libs, but if use them, it means that will lose a lot of functions in three.js.

Has anyone tried a js library for example like this? How about the performance? Is it possible for three.js to make a new set of interfaces in this way?

I think that for simple calculations, they are almost the same, but for complex calculations, methods are too much trouble than operator.

How would you prefer the API work? You cannot do operator overloading in JS so you cannot make it work similar to GLSL. I don’t think anybody prefers this style of vector calculations but it’s the best we get given the garbage collector and other limitations of Javascript. Bablyonjs and glmatrix both use a similar model for their math calculations.

Most math-related functions within three.js itself are implemented by allocating 1-2 reserved vectors, and reusing them each time the function is called. For a simplified example:

This pattern has flat memory usage, which is a major benefit over immutable patterns — particularly in a render loop running at 60+ FPS, you don’t want to create work for the Garbage Collector. I’d recommend using this same pattern in your code, for anything in the render loop.

? It does sound smart, and is definitely readable in the source code, but just by taking a look at an example I can’t see how it optimises the memory usage (except maybe for caching previous results / refs to vectors):

Wouldn’t mutating the callee directly be more optimal for the memory than using pre-allocated vectors? The callee vector has to exist anyway to call any method of it - unless I miss something obvious, pls pardon ignorance. :’)

I’ll compare three options, since I’m not sure which two of the three you’re asking about.

If you’re just calling self.add(other) a single time, (a), (b), and (c) are basically the same. The memory cost of a single Vector3 is negligible. But if you’re calling the method repeatedly, e.g. in a render loop, then…

(a) and (b) do not allocate memory, so they’re still the same from a performance perspective. I assume three.js uses (a) because it’s chainable and more standard for JavaScript, but ultimately that’s a subjective choice. (c) is the “bad” one, since it allocates a new vector each time it is called.

As the developer, you could still put yourself in a performance rut with (a) or (b) by cloning things before you call the method. If you’re not hitting any performance limits, or not doing this in a render loop, that could be fine. But there’s really never any reason you would need to call new Vector3() or vector.clone() inside your render loop, and to minimize GC you should avoid that.

three.js doesn’t force you to manage memory this carefully, but it does need to ensure that if you take the time to manage your memory, the three.js API will accommodate that and not create work for GC itself.

Yeah, that’s what my question was about - thanks! 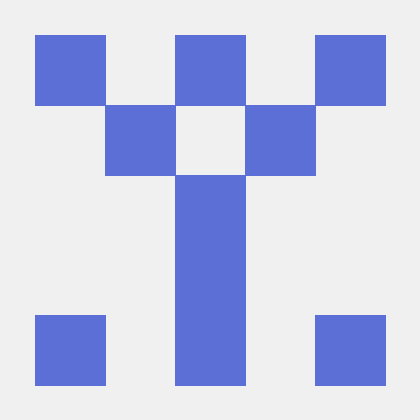 I not dig into the source code of GitHub - basics/vector: This library provides 3D Vector in js including arithmetic operator overloading (+ - * / % **)., but with the hint of it: 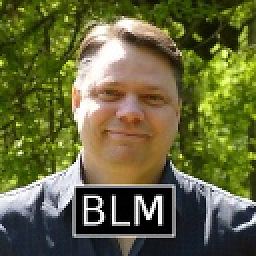 I made a quick implementation:

It works well! At least for Vec3 type only and simple operators.

Most math-related functions within three.js itself are implemented by allocating 1-2 reserved vectors, and reusing them each time the function is called

I was annoyed yesterday that there is no support for calculations on “direct values” (e.g. sth like v.add(x,y,z), and got here on my search for alternatives. Is there a reason nothing like it exists? Your solution is good, but it still uses extra assignments every time.

A little background on my problem: I have a huge landscape with local “landscape gradients” which are used for an animation, talking about several M gradients. I load the gradients as a Float32Array which is very fast, and also MUCH more efficient memory-wise than the millions of Vector3 objects that I have to create out of it in order to use it with other three.js objects. As far as I know there is currently no way to make use of the Float32Array directly (like the method above, or something like a Vec3-class that is backed by the Float32Array)
Would it be something worth considering for the future?

Would it be something worth considering for the future?

This topic was discussed a GitHub in the past. However, no change was done to avoid additional complexity and keep the math classes simple.

##### Description of the problem Clara.io has been struggling with the non-memo…ry efficient Three.JS math classes for four years now. Basically Three.JS math classes use object members to represent their data, e.g.: ``` THREE.Vector3 = function( x, y, z ) { this.x = x; this.y = y; this.z = z; } ``` This pattern above leads to a lot of inefficiencies. It is an object and it is an editable object. It has a large overhead per object in terms of allocation time and extra memory usage because it is an editable object. There are also costs to copy from a BufferGeometry array to a Vector3 and vice versa. Also there are costs to flatten these arrays when using them as uniforms. As we are looking to speed up Clara.io, I think we need to move away from object-based math classes and instead make the hard switch to math classes that are based around internal arrays. This would be the primary representation of the Three.JS math types, although we could still emulate the object-based design we have by building on top of these. Thus I want to see this design being the primary design for all of Three.JS math: ``` Vector3.set( array, x, y, z ) { array[0]=x; array[1]=y; array[2]=z; } Vector3.add( target, lhs, rhs ) { target[0]=lhs[0]+rhs[0]; target[1]=lhs[1]+rhs[1] target[2]=lhs[2]+rhs[2] } ``` I think the above pattern is the only way that Clara.io can achieve the speed it needs. Important point: I was talking to one of the JavaScript spec designers and he said that we should use large arraybuffer allocations and then try to use views for each individual math element in a large array (e.g. var usernameView = new Float32Array(buffer, 4, 16) ). He said that views were incredibly cheap as now you do not even pay an array allocation cost per element. I think we could keep around the Vector3 object (as opposed to the new functional interface), but it could be built by creating a BufferArray (or alternatively initialized by a passed in view) and remembering it, and then using all of the pure array buffer functions I am advocating as the primary interface. It could have accessors for x, y, and z that map onto the BufferArray. This would give us backwards compatibility. But going forward it would likely be best to nearly always use the versions of the math classes that can operate directly on a preallocated array. This design would be ultra fast -- no allocations for the most part, and ultra cheap and easy conversions to uniforms and BufferGeometry.attribute I think this is necessary for Clara.io to move to the next level and I think Three.JS wants to get there as well. We, ThreeJS, have been moving to this solution slowly but we've never made the full break to transform the primary math-objects. I think it is time to do this. /ping @WestLangley ##### Three.js version - [x] Dev - [ ] r75 - [ ] ... ##### Browser - [x] All of them - [ ] Chrome - [ ] Firefox - [ ] Internet Explorer ##### OS - [x] All of them - [ ] Windows - [ ] Linux - [ ] Android - [ ] IOS ##### Hardware Requirements (graphics card, VR Device, ...)

If it’s helpful to anyone, I’ve finally reached a happy place with my js vector math by using three.js with haxe, a language that compiles to js that supports operator overloading

Through that you can have a full implementation of GLSL-style vector math operations, including swizzling and so on. That code then gets compiled into plain operations on local variables rather than objects, so there’s much less new-ing and object allocation

For example, the following vector math

More information on the library GitHub - haxiomic/vector-math: Shader-math in haxe: library for GLSL vector operations, complete with swizzles and all

I’ve created a starter project for anyone curious to try this: 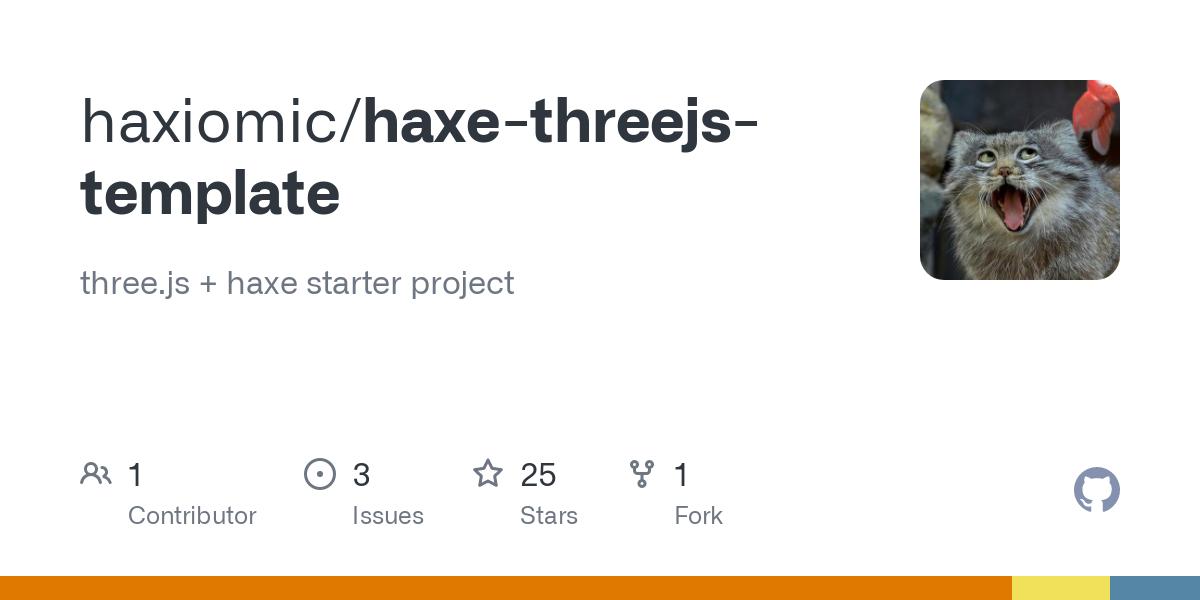