How kind of you that you decided to share exactly none of them with us - I mean, who even needs details, warnings, and error messages, ‘em a’ ‘ight? :’)

Recon it may be caused by not specifying the issue, like, at all? :’)

Did you try the official boilerplate that’s linked in react-three-fiber docs? :’)

Thank you for your reply @mjurczyk. What is react-three-fiber . I didn’t use that, I just install three and react. Please share an example with source code regarding this. I need to create a mobile hybrid application using react and threejs, this is what I know

I tried with the following link Using Expo and Three.js with React-Native | by Zohayb Shaikh | Medium

But I got an error as “TypeError: undefined is not an object (evaluating '_expo.default.GLView')”

Please have a look into the following links .
below is not using react-three is fiber

I will show you how to create 3D models in React native using Three.js Please create a react native project using react-native init . Make sure that you have…


and the following is using react-three-fiber

the codes are being different in using react-three-fiber. the codes are like xml. all lines are using tags.
is it necessary or we can go through the first method which having the codes like normal three.js script.

I resolve the issue, Here is the updated code

Now I am facing error in creating orbitcontrol in threejs within react native.
Any ideas or suggestions please. Thanks in advance

Hello, I am also trying to use react native expo with three js to make a mobile app that uses three js, I have copied your code just to get started but when I remove the backslashes from “//scene.add(cube);” I get the error in my console “requiring unknown module 598 if you are sure the module exists try restarting metro” I sure this is a react native error but I have no idea what it means or how to fix it. Please help, thanks 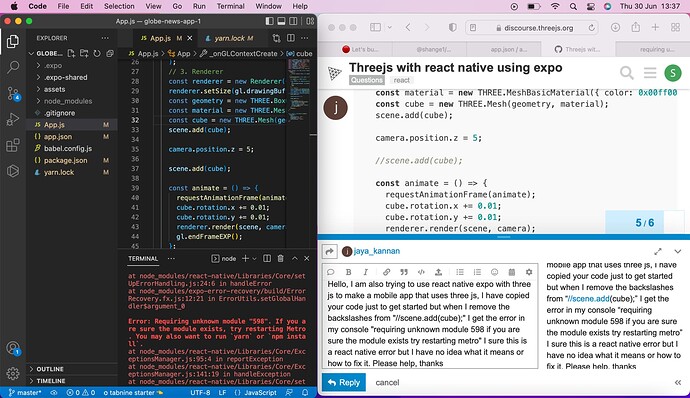 I should add I was pretty familiar with threejs a couple of months ago but since starting college I havent had as much time for coding so I am a bit rusty, forgive me if this is a basic error.

have you seen @react-three/fiber/native this will also allow you to load models, gltfs, textures and such. touch events are working too. most of drei helpers work as well GitHub - pmndrs/drei: 🥉 useful helpers for react-three-fiber except the ones that are strictly for the web. 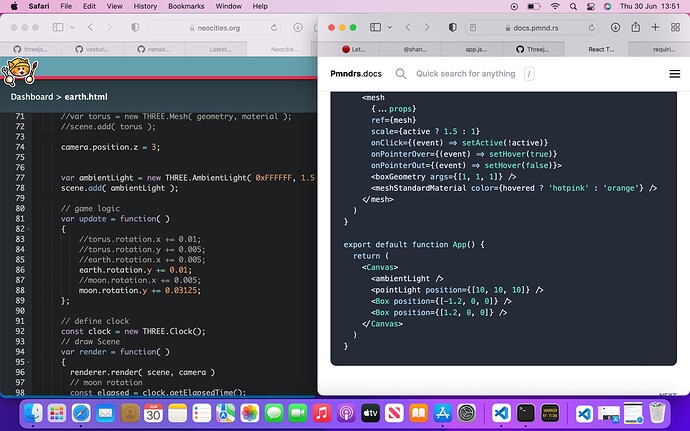 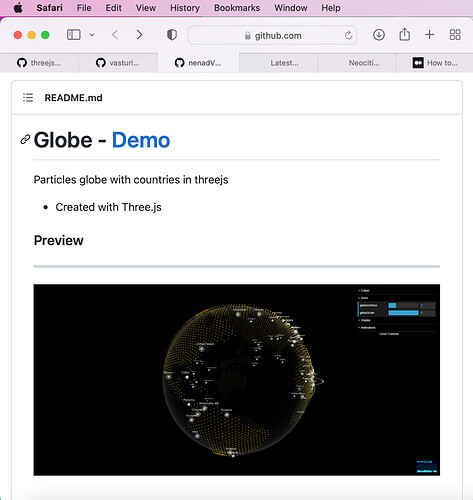