Hi Comunity!
We are a small start-up. Developing a next-gen 360 tours authoring service for arch-viz industry.
And this is our demo: 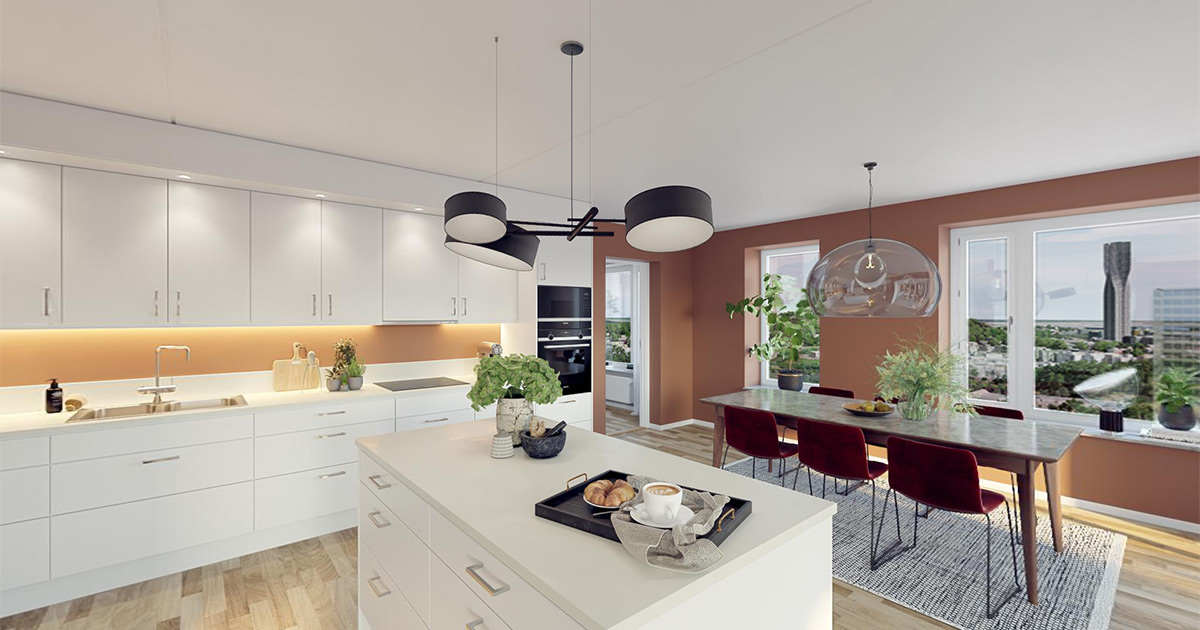 Instead of being limited to floor plans and individual pictures, your customers can go on virtual display from room to room in 360 degrees, as a display on your website, or even in the customer's mobile phone.

This is pretty interesting, like matterport but with rendered assets. How do you interact with the scene, is there some kind of geometry you load or are you using depth maps?

It’s pretty similar to a demo I’ve made a couple of months ago, but yours have more features: https://vrtual.house/demoroom/

One question: why and what does it load every time I make a move?

@rendertovr Really interesting, also interested in how you rendered the geometry of the scene, if it’s a 3D model and not done with individual pictures - what is it that loads every time you click?

I like the “walking up the stairs” sequence in yours @soadzoor

Hi everyone and thanks. We were on vacation and didn’t see our posts.

How do you interact with the scene, is there some kind of geometry you load or are you using depth maps?

This is Matterport -like approach: 3D geometry and 360 images as a textures

One question: why and what does it load every time I make a move?

Textures are pretty big to load them all together before a start. We believe that users don’t like to wait for a long time. And we have updated a player a little so it skips loading circle if the texture is already in the memory.

Doesn’t matterport/google has a patent on it?

On what? On idea?

Just run through…
“The present disclosure concerns a methodology that allows a user to “orbit” around a model on a specific axis of rotation and view an orthographic floor plan of the model. A user may view and “walk through” the model while staying at a specific height above the ground with smooth transitions between orbiting, floor plan, and walking modes.”
Seriously? Did they reinvent camera movement in 3d environment?

Google is destroying the market for companies and devs around the world in many ways.

I think Matterport got this patent with the aim of escaping patent trolls. I hope they understand it’s stupid to claim they invented different ways of movement inside 3d space or 3d tape ruler tool.

Not only the obvious point hundreds of other tools use it since ages already, but there are many other things patented such as the mix of panos with 3D elements, it’s generation etc. If it’s a patent troll protection or not, it could be used to ruin any kind of growing business or competition, like with their Business View.

Such minimal obvious things shouldn’t get granted for patent in the first place, next Google will patent breathing

We are not under US law and small enough to fight with us.
We also don’t compete with Matterport.
Unlike Matterport we are aiming at the visualization market.
So we are going to continue developing our viewer anyway.

Any tutorial? Or example code?

Hi all, even if this is an old thread might be worth to expand on patent claims.

Patent registration process is limited in time and resources covered with only the registration fee. Average individual can afford this fee so do not count on extreme scrutiny of USPTO personal.

On the other hand large companies can always push known methods into registered patents using bribe or convoluted logic in description language.

It is responsibility of competition to challenge the patents:

Such minimal obvious things shouldn’t get granted for patent in the first place, next Google will patent breathing

“Prior art” in this case can be number of yoga books on proper breathing methods.

@rendertovr regarding matterport owned patents, you need to start from patent claims. For example https://patents.justia.com/patent/10586386:

a processor configured to execute the following computer executable components stored in the memory: a partitioning component that receives captured three-dimensional (3D) data associated with a 3D model of an interior environment and partitions the captured 3D data into at least one data chunk; and an output component that transmits, to a remote device, first 3D data for a data chunk at a first level of detail and subsequently transmits, to the remote device, second 3D data for the data chunk at a second level of detail that is different than the first level of detail in response to a determination that a viewpoint associated with a rendering of the 3D model on the remote device satisfies a defined criterion.

Prior art to challenge this claim is basically streaming parts of 3D levels in games that also employ LOD (level of details). This should not be hard to find. I remember first 3D GTA game employing this method. Even if GTA game is not “published”, public lecture or tech talk describing employed methods will do.

especially because github keeps track of date each method was published. Consider this point when hiring attorneys as they are not verse with tech field, meaning you need to do the brunt of the research yourself.