i am trying to add this code in my code where i want to have this button in my scene !

i am trying to create an annotation menu above the scene in right or left hand side but i am not able to add button with event listener !!!

When i try in fiddle it works fine

but in three.js, it doesnot and i believe this is because of the orbitcontroller that i have in my scene !! 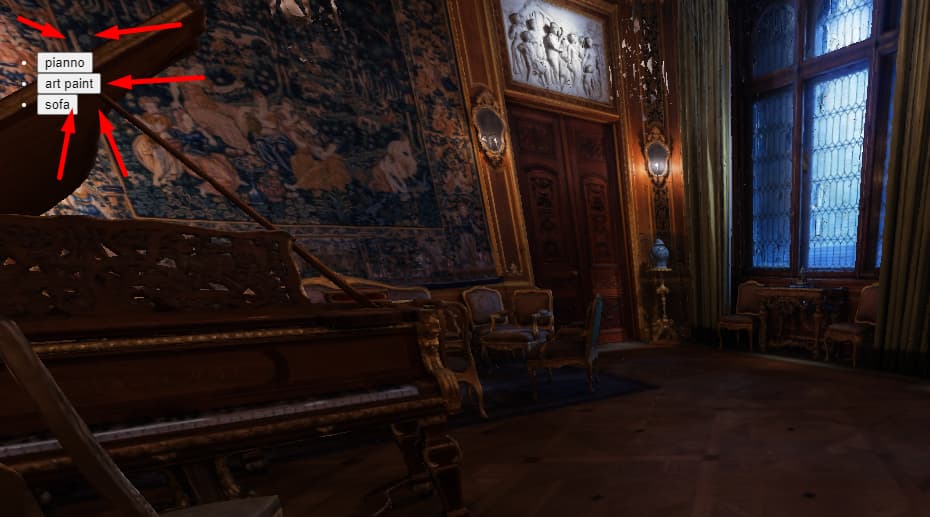 can any one suggest me what is the best thing that i can do so that i can have annotation menu in my project !!!

@Pravin_Poudel As you said, it is working fine in fiddle, so I cannot figure out what causing this issue from your fiddle and provided code. Please provide fiddle with code in which you are getting error or relative code

i have controller in my project, do you think it should be working fine even with orbit controller?

I use the orbitControls plus good old fashioned HTML buttons in this example.
Annotations (sbcode.net) 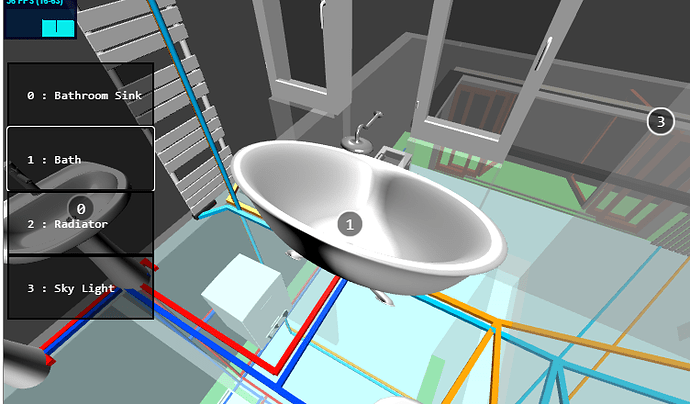 Hi, i was following your code and it’s not working in my case !!

in my code i have done;

whereas, controller is not working with renderer.domElement like you did !!

I dont think i have much difference then your code !!

This is my code:

And, i am closely following your website and repo to learn three.js, thank you for making such an awesome resource to learn !!

do you think there is anything that i am doing wrong that i am not able to see even after reading same code for 5 hours !!

The first issue I found, and I stop there, is that you don’t have a model named scene.gltf in the ./dist/client/models/drawing_room/ folder.

Look much more closely at my examples. Nothing is hidden from you.

The examples I show, absolutely work. Whatever extra you do, is your responsibility. When you write code, change one thing at a time. If it breaks, then fix it before continuing onto the next change.

believe me i am totally following your code only !!!
That error is because there was no model in github repo because i included that in gitignore but now i have uploaded that in repo !!

It will work if you pull

Thank you so much for checking code

You’ve made quite a lot of additions to my example, and restructured it quite a lot, I don’t understand where your problems started.
But you can start again.
Do one thing at a time. And check it works, before continuing onto the next.

For me to get your github main branch to work.
I had to change this

I still think you need to go back and start from the beginning again. Your problems were self-inflicted by not checking your changes. And you seem to have some extra code in there that is trying to solve your problems. Like band-aids on band-aids.

Sorry, I criticise too much. Keep at it, it will be better than my example before you know it.

ohh i can’t believe it was the reason behind it

No worry sir, your words are valuable to me and it’s because of you i am learning three.js in such a nice way only because of you.

Thank you so much for saving me here as well !!!

I was trying to replicate your way of thinking but missed small thing, i thought it is just to not make cursor pointer when hovered !!