Find rotation angle between two point for a 3D object

I have 2 point A, B. I have a 3D object placed at B. I want to know the angle between my two points along z axis, so that I can apply the same rotation to my object 3D. 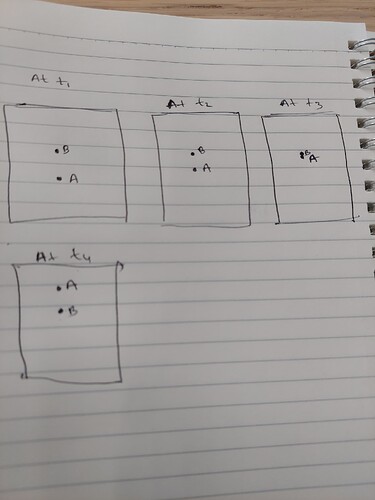 The diagram is not clear to me, but here are several examples that rotate an object to face another point:

Hi, i saw all these implementation but I think my case is different. However I have calculated the rotation, but the problem is another. 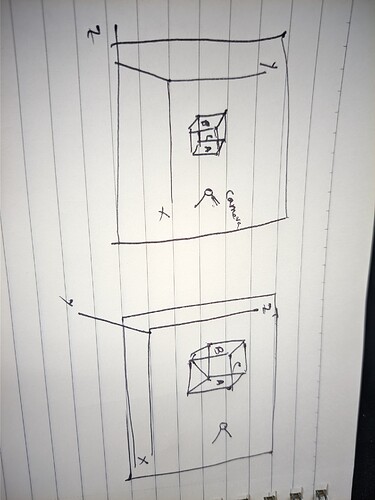 20230120_165943_Floky 6 pro A52 Lmc R9 by Piky71920×2560 191 KB
Look at thithiese picture I attached. This is my real world situation. Lets say, I have a 3D object(a box in this example). I know its position and the position of the camera in real world. Both of theor position actually updating continuously, but they are always in same distance and same orientation. Now according to this picture, since my camera is sitting in right side of the box, i should see the right plane of the box? Isn’t it? But I cant achieve this thing. I always see the side view of the box. How come this happens?

Currently I am rotating my object Math.PI/2 along y axis, to get the expected view.

Make a demo like this that shows the problem.

use function lookAt and camera will be rotated to object