Better way to create CanvasTexture with image from canvas

In this code, canvas element will create for each CanvasTexture.

I think it is not good way, so I move canvas const to outside

But if I create multiple texture in this code, previous texture’s image(from same canvas) is pasted by after image.

Is there a good way to optimize the code using minimum element & resource?

Should I create every canvas element for each CanvasTexture(& image)?

You can wrap the entire thing in a function to prevent the scope leak:

Thanks for the advice!

But it seems like create each canvas element for each image(Finally I will call N-times of createTextureFromImage).

What I expect is something like 1 canvas element for N image resource & N CanvasTexture(or Texture). Maybe RenderTarget will help? I’m going to find another way…

But your advice for return empty CanvasTexture with canvas & load asynchronously is good! I will change the code

But it seems like create each canvas element for each image(Finally I will call N-times of createTextureFromImage).

If that would make you feel any better about creating new canvas every time - every Texture in the scene has it’s own, separate Image element. For CanvasTexture that <image /> element is simply replaced by a <canvas /> element - and you can’t really avoid creating multiple canvases for multiple textures (unless you’d be creating some kind of texture atlas - which in turn will simply require you to use way bigger canvases.)

Your best (if not the only) bet is to limit the amount of CanvasTextures - and reuse whenever possible. But unless you’re planning to have 1000s of textures, that limit isn’t really something you need to worry about.

Oh thanks for the detail information!

I’m not sure what I understood, should I understand your solution like this?

In three.js Texture-CanvasTexture is almost same class except update immediately.
As in three.js code, I can see parameter “canvas” will replace to “image”

that means as you said,

So, the conclusion is… 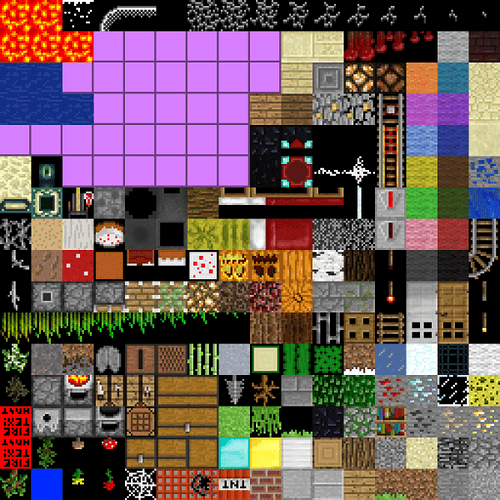 Not a nonsense - but it has it’s own limitations (ie. you’re can use just a single texture for many objects, but in return that texture resolution will need to increase, plus you’ll no longer be able to use repeat wrapping when UV unwrapping your models.) Useful in “old-school” and lowpoly projects - ones that use pixelated textures up to ~64x64 in size - since you can pack a lot of these within an atlas.