I’ve been developing a retargeting application for skeleton animations, everything’s working great, however I have come across a problem I’m struggling to wrap my head around.

Users can import their own skeleton rigs which may have different coordinate systems than my reference rig (the rig that contains animation data). I have successfully built a system that retargets the reference animation onto their rig. However, I need to calculate the rotation offsets from their bones to the reference bones on Bind Pose - this allows the animation to be one to one accurate. 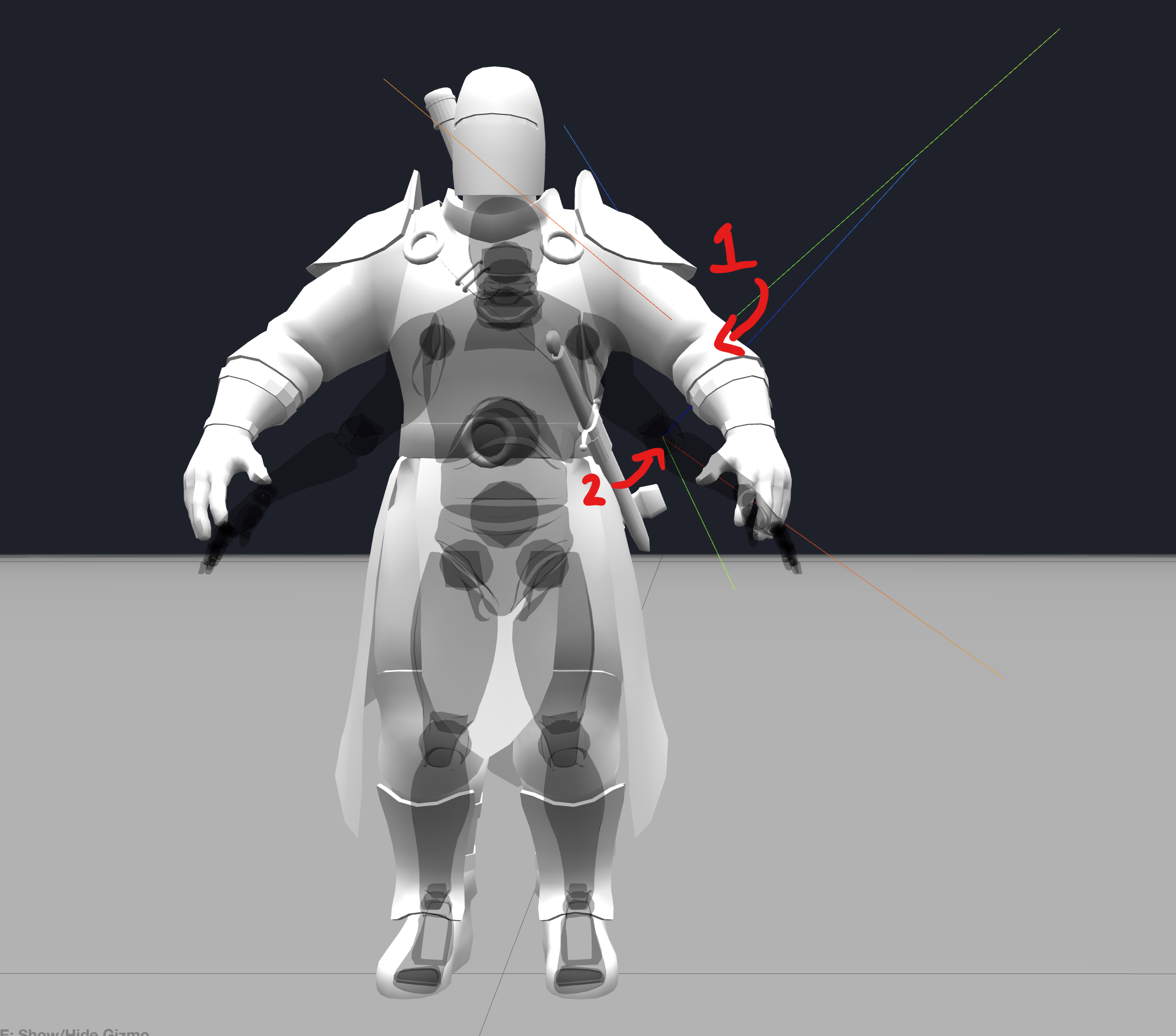 As you can see from the image I have placed AxesHelper in the scene to show the difference in Axis between the two joints.

Techniques I have tried:

Attaching a Reference AxesHelper to the User Rig to calculate the initial offset between the Reference Rig.

What this does is technically accurate, however offsets are correct in the fact that it’s calculating offset between the two coordinate spaces resulting in large degree of offsets, I attach a dummy AxesHelper to the user joint, zero its position and rotation (this now matches the joint) and then attach it to the reference joint. I store the rotation in X Y Z in a custom object which holds each initial rotation - I can then convert the rotation to degrees by rad2deg() and this will provide the offset in degrees of each joint between the bind poses.

However, this does not account for which way it should offset the joints positively or negatively. This is where I don’t think this is the best way to do it.

Thanks for reading, hope it wasn’t too long and makes sense.